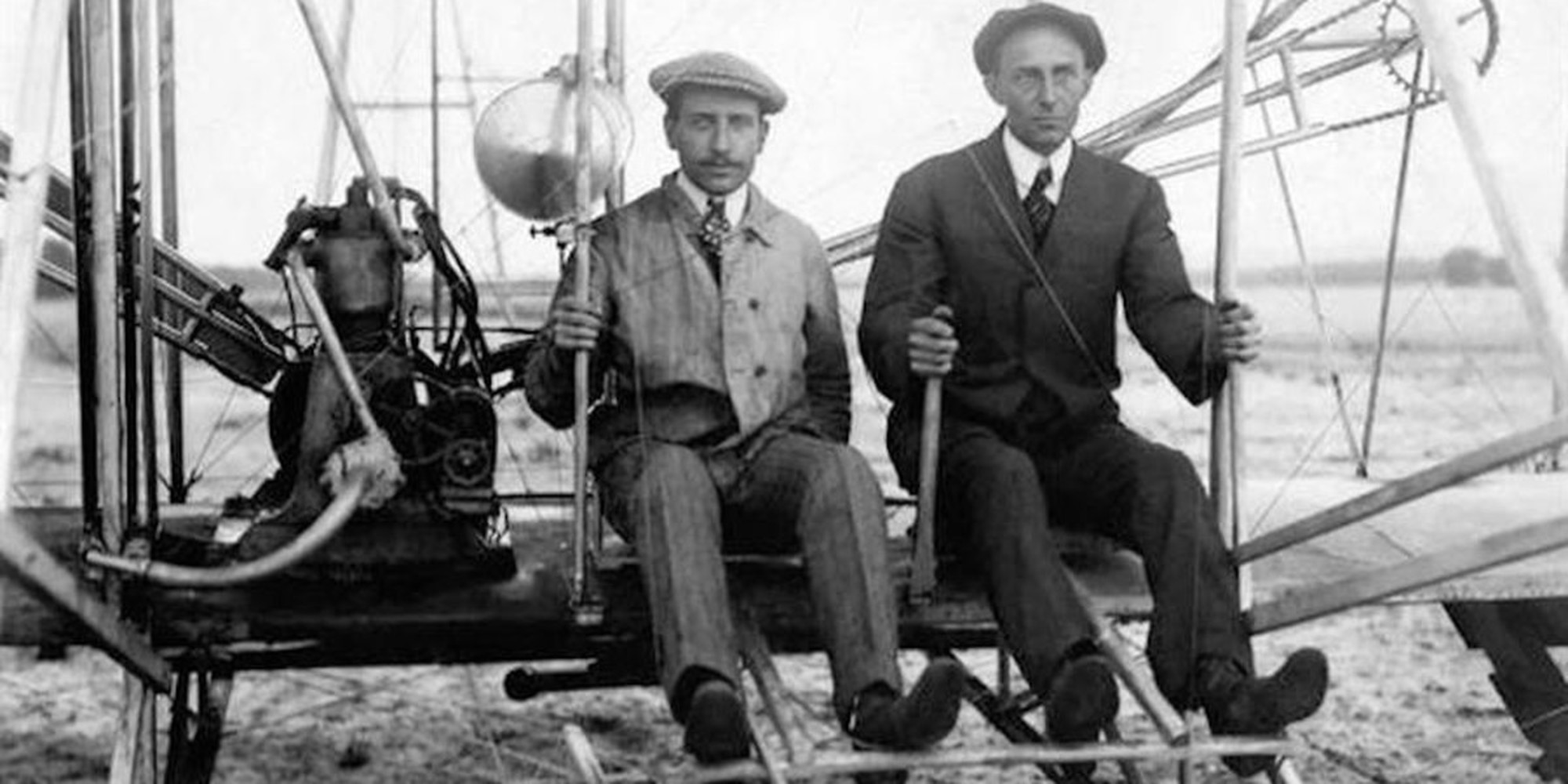 North Carolina is the home of so much rich and fascinating history. It’s also the place where dreams can come true. There’s little better proof of this than the Wright Brothers record breaking first powered flight that took place at Kitty Hawk on the Outer banks on the 17th December 1903. That’s an amazing 115 years ago!

Did you know that Neil Armstrong carried a piece of the original 1903 Wright Brothers plane to the moon with him?

These brilliant brothers from Dayton, Ohio ran a bicycle shop. The story begins with an interest in kites that developed into an interest in gliders. In 1899 Wilbur Wright started to learn about flight, prompting the duo to start making gliders.

After some research Kitty Hawk, North Carolina was chosen as a suitable location to test their glider. Postmaster Bill Tate had advised them of it’s constant wind, privacy and soft sand for landings. He also mentioned our North Carolinian trait of being friendly and happy to lend a hand.

The brothers shared their time between Dayton and Kitty Hawk. By the end of 1902 Wilbur and Orville had over 700 successful flights achieved, some exceeding 600 feet.

Next their attention turned to powered flight, for this, they knew they needed three things. Wings to keep the plane in flight and a control system to steer it, were two of them, which they had already tested on their gliders. The final thing was a light but powerful engine with propellers. Unfortunately, nothing suitable currently existed, so back in Dayton that winter they set about designing and building their own.

When they returned late in 1903, they faced many challenges but never gave up. Then, on that cold December day just as they were considering going home for Christmas – success!

Shortly after this a gust of wind flipped the machine and it was damaged beyond repair. Luckily, nobody was hurt.

This tale highlights why the Wright brothers are renowned for their perseverance, curiosity and ingenuity. They were self taught engineers who succeeded in their dream to fly a powered heavier- than- air machine in a sustained flight. They helped changed the world that day.

Not content with their achievements and despite their celebrity status, the brothers returned to Dayton and got back to work, improving their plane and making several longer flights.

When they returned to Kitty Hawk 5 years later they set records again with their first two person flights. All thanks to the power of determination, teamwork and innovation.

Today, you can visit the “Flight Line” which is the very spot where the intrepid brothers took that momentous flight and you can see where they landed too.

You can also visit the national commemorative monument which is located in Kill Devil Hills. Click here to plan your trip. It’s a great day out for anyone in the area.