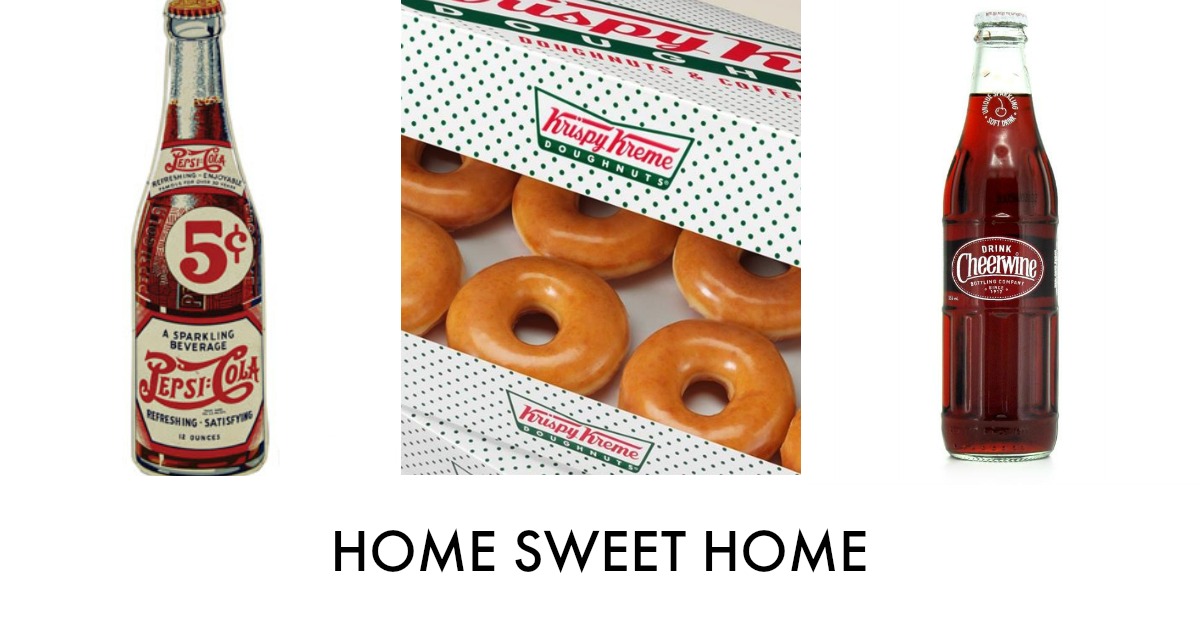 At the Inn on Bath Creek, our home is yours during your stay here in North Carolina. But did you know that our friendly state is also the home of some of the best known sweet treats out there? We really mean it when we say “Home sweet home!”

Founded in New Bern NC, in 1896 by Caleb Bradham, Pepsi was originally launched as “Brad’s Drink.” Bradham used to manufacture the drink in his drug store. It was said to help in digestion, and was popular for its taste. It was first renamed to Pepsi-Cola in 1898. The name was based on the Greek word for digestion, pronounced ‘Pepsi’, and ‘Cola’ from the kola nut.

A soda fountain enabled consumers in the small town to gather in a social manner. But by 1902, his product proved so popular that demand lead to more branches opening across the states such as Virginia and New York. Today you can still visit the original site and sample some soda from a fountain yourself!

The first Krispy Kreme store opened in Winston-Salem July 13th, 1937. That’s 82 years ago! When you consider that it started during the great depression period, their success is amazing!

Creator Vernon Rudolph bought the recipe and initially sold his produce to local grocery stores. He ended up cutting a hole in his wall and started selling hot donuts directly to customers who were enticed by the delicious smells.

Fast forward to today, and Krispy Kreme has stores all over the world. Another fun fact about this company is that they sponsor a fun run each February in nearby Raleigh NC. The challenge? Eat 12 donuts whilst running 5 miles in an hour! All proceeds go to the local children’s hospital.

Cheerwine is a soft drink popular in the southern states. In California, this ‘nectar of the tar-heels’ is a soda flavored by wild cherries. Created in Salisbury NC, by L.D Peeler in 1917, during the sugar shortage of WW1. The company has shown great resilience and continues to be run by the same family who are proud of it’s tasty produce. As they should be with two presidents having remarked of their like for it!

More recently, Cheerwine flavored ice cream was created and in 2010 a collaboration with Krispy Kreme led to the Cheerwine donut. After 100 years it’s still refreshing, why not stock up when you next visit? Maybe even  for the next Cheerwine festival celebration.

North Carolina has so much to offer, it’s a treat for the traveller and anybody with a sweet tooth. Ready to book your stay? Call us on 252-923-9571 today.